Mike directed music videos before his debut series, My Riviera, filmed in the South of France with Roger Moore and Joan Collins. His bio-documentary film of balladeer Luke Kelly won a platinum disc for DVD sales.

As a writer dominated by a strong visual sense, directing was inevitable evolution for me. I’m just beginning and I’ve found a friend: Artemis, the iPhone app that replicates the viewfinder … 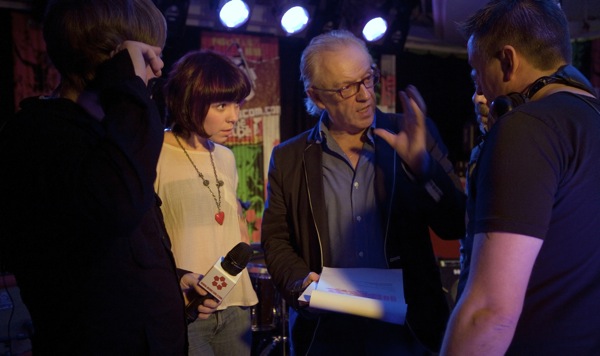 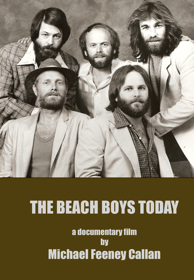 The 1990s proved a critical time in the history of the Beach Boys, America’s most successful rock band. After a long period of separation from their founder and legendary songwriter, Brian Wilson, the band was on the brink of reunion and in a focused mood of reevaluation. It was at this time Michael Feeney Callan met with the Beach Boys and proposed a film documentary to review their accomplishments and speculate on new horizons.  “Al Jardine emphasised the difficulty of communal agreement on such a project at such a sensitive time,” says Callan, “but he, Mike Love and Carl Wilson green-lit the project.” It was the unlikeliest of productions but, says Callan, “once the guys agreed it progressed seamlessly.” No one could have foreseen the significance of the film. Callan was joining The Beach Boys as they faced their last days as a integrated touring band. The highlight of the documentary, says Callan, was the candour of the interviews with the band members. Beach Boys archivist and co-producer Alan Boyd applauded Callan’s interview with the usually reclusive Carl Wilson – the voice of God Only Knows and Good Vibrations –  as “the best ever filmed.”

Callan’s directorial debut, starring Joan Collins, Roger Moore, James Coburn, Charles Aznavour, Sylvia Kristel and Regine. The programme comprised six half-hour-long documentaries centred on probing biographical interviews by Callan and exploring the artists’ individual relationships with the legendary Cote d’Azur. Callan calls the series “a love poem” to an area rich in art that he has loved, travelled and worked in for more than 25 years.

A documentary about Don Bluth and Gary Goldman who established an animation production studios in Ireland to rival Disney in the late 1980s and early 1990s. Written and directed by Callan, the film was commissioned by Bluth, and tied in with the release of the Warners’ animation classic, Thumbelina. “Don and Gary were animation renaissance artists,” says Callan. “They and they alone were responsible for kick-starting classical animation in the wake of Disney’s abandonment of the form after Walt died. Without Don and Gary there would never have been a Lion King, nor the new, dynamic wave of millennial old-style animation movies.” 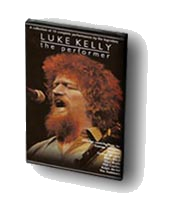 A return to directing after a decade working on, among other book projects, Robert Redford’s biography. “It was a wonderful fusion,” says Callan, “part biography, part musical. It covered so much of the ground I love, the stuff that inspires me. And Luke was an incredibly gifted man.”

From the DVD sleeve notes: Donovan say him as a poet in the bardic tradition. Ralph McTell was “terrified” by the power of his voice. Mary Black saw him as a cornerstone of the Global Celtic revival. Luke Kelly, the legendary co-founder of the Dubliners, was many things to many people. But he is most cherished as a performer. Here, encapsulated in a deeply insightful and revelatory documentary film, are 19 rare live performances accompanied by commentaries from Luke’s friends, collaborators, famous contemporaries and a newer generation of artists who embrace his legacy.

Perry Como’s last ever television special, made for PBS, dramatically rounded off a dynamic 50-year career. Callan worked closely with Como on the script (Callan also co-produced and co-directed) and learned of the singer’s obsessive devotion to his personal hero, Bing Crosby. “We spent evenings in his suite, playing with the words. He wanted to learn some Irish, and he wanted talk supercool. He said he wanted to sound just like Bing.”